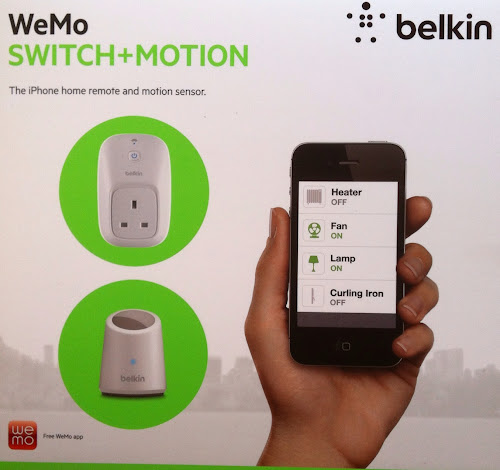 Setup was fine via app.

Next step was connecting IFTTT. I did this via the “…More” button on the app. Click on “Connect to IFTTT” option. A pin is generated. It took me a couple of attempts to realise you can click on the button under the pin to log in to IFTTT to activate the devices – if you do this the pin is automatically copied across.

The switch activated without problems on IFTTT. However, when I tried the Motion IFTTT said the pin was not valid (invalid pin message in a red box). Generating different pins did not work, neither did a clear or a factory reset of the Motion (via “Edit”) in the app.

I tried deactivating, then deleting the Switch. This did something as the app then said it could not generate a pin. I then deleted and reinstalled the app. This time a pin was generated and the Motion connected.

I then performed a factory reset on the Switch (hold button on top and plug in). Then added this via the app. The first attempt to connect to IFTTT failed but the second time worked.