It turns out my 3-year old daughter is a big karaoke fan. She does a marvellous version of Lionel Richie’s “Hello”.

It just so happened that this beautiful Arbiter karaoke machine was in one of our local charity shops for the princely sum of £10. (Aside: turns out Ivor Arbiter was quite an interesting fellow.) Lightbulb: perfect Christmas present on a budget (I’m on statutory paternity pay for 6 months – just under £140 a week).

Now I salute the far-sighted design engineer that placed a 3.5mm audio jack input on the back of this machine.

I can also make the device wireless by digging out a Fon Gramofon the nice people at Fon/Spotify gave me for free.

After connecting either iDevice or Gramofon, I simply load up Spotify and hey presto I have access to millions of tracks (including all Disney songs and “The Best of Hall and Oates”).

As a bonus the machine came with two mikes. Both older daughters can thus sing “Let in Go” in joyous disharmony. 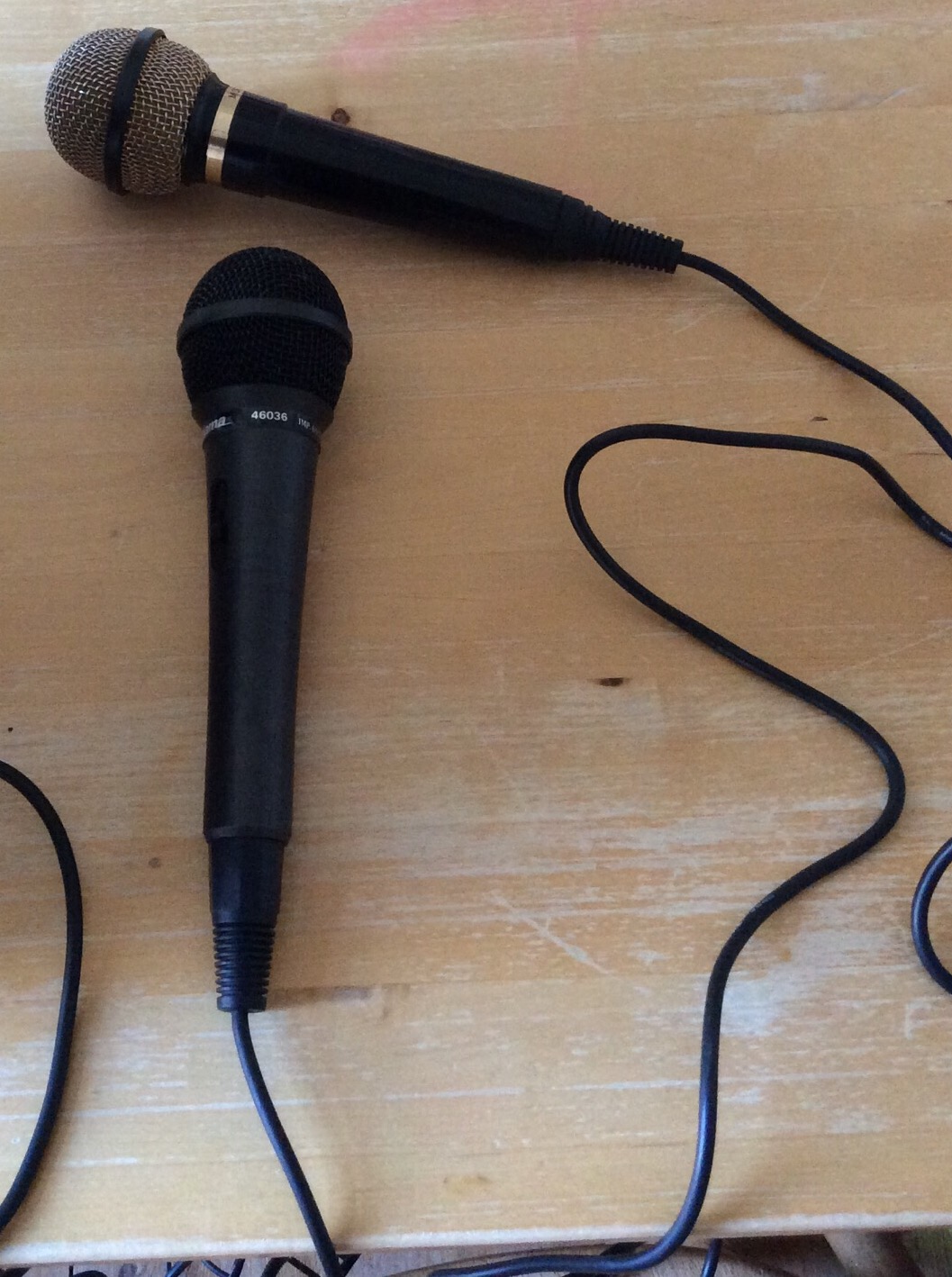 Rumour has it the desktop Spotify app also allows you to display lyrics for certain songs. (Untested – mainly because both girls cannot read fast scrolling text yet!) If this is true, full Karaoke goodness would simply involve bringing a laptop down next to the machine (or even using HDMI out on laptop to show on TV).
So there you go – a complete kid karaoke system, with all Disney songs, for a £10 donation to local hospital’s cancer charity.

But shhh, don’t tell the girls before Christmas.